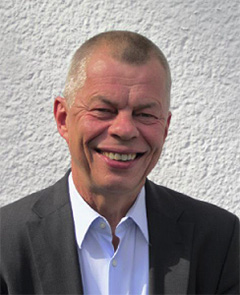 "Wolfgang has always acted by a slogan for which he can claim personal copyright: 'Money talks, bullshit walks.'"
Martin Herrmann, Prague, March 2016
"33 years of experience alone is nothing, it only makes you a good old boy. But if you can offer the combination of real change experience and top current market knowledge, you have a USP: The added value for the client is ensured."
Wolfgang Peters in Interview Heiko Lohmann, Ener|gate, August 2016

The Gas Value Chain Company (GVC) was founded in 2014 by its single shareholder and Managing Director Wolfgang Peters to service the needs of the liberalizing and increasingly globalizing energy markets worldwide.

GVC offers a unique value proposition: it aspires to provide its services as a partnering commercial operator rather than confining itself to mere consultancy advice. It specializes in identifying, structuring and negotiating optimal contracting and pricing structures for the sales and purchase, transportation, storage and processing of energy products. GVC also provides commercial expert support in arbitrations and mediations.

In GVC we consider trust and competence the most important elements in a fruitful business relationship. An essential aspect is: "You see what you get and you get what you see". This means, first and foremost, that you do not need to be concerned with large overhead costs being ploughed into the charges. It means further if you expect a certain individual to do the job this is exactly what you will get. The section "How we work" explains that further.

GVC is as such a lean company but, hinging on cooperation agreements concluded, and a vast network to draw on, capable of putting larger teams with the appropriate skillsets and firepower together on short notice conforming to the preferences of the client and the requirements of the issue at hand. GVC is particularly proud of its cooperation agreement with the highly renowned ewi Energy Research & Scenarios gGmbH (ewi ER&S). ewi ER&S comprises a team of some 35 highly skilled energy experts ready to take action as required.

Naturally, GVC is also flexible to in-source quantitative and analytical support from other sources if such is the client’s preference.

Wolfgang has been working in the oil and gas industry for some 34 years: first with Mobil Corporation, for a short spell with Duke Energy and then, between 2001 and 2016, with RWE, for each in different senior management positions in a variety of countries. He retired from RWE as CEO of the Czech RWE Supply & Trading CZ a.s. in March 2016.

Wolfgang was engaged in all parts of the value chain throughout his corporate career. In the late 80ies, he was involved in the upstreamers' "hunt for new elephants", i.e. new giant field discoveries in frontier areas all over the world.

Later, he was twice responsible for market entry into the Dutch end user market, first for Mobil and later for RWE. He negotiated in Turkmenistan, Azerbaijan and Iraq to procure gas to fill the Nabucco pipeline. With Gazprom Export he negotiated and litigated about the adjustment of long-term gas sales agreements. He served on the board of Brussels based Eurogas for 8 years and was engaged in gas advocacy.

With GVC, Wolfgang now runs his own business. The value proposition of GVC hinges on Wolfgang’s in-depth and up-to-date knowledge of and experience in the changed European and global gas markets along the entire value chain.

Wolfgang also continues his gas advocacy engagement, e.g. by GVC having joined Brussels based Eurogas as the first member in the new category of "liaising members". He also teaches at the Energy Delta Institute, publishes articles for various renowned magazines and is a frequent speaker at gas conferences.